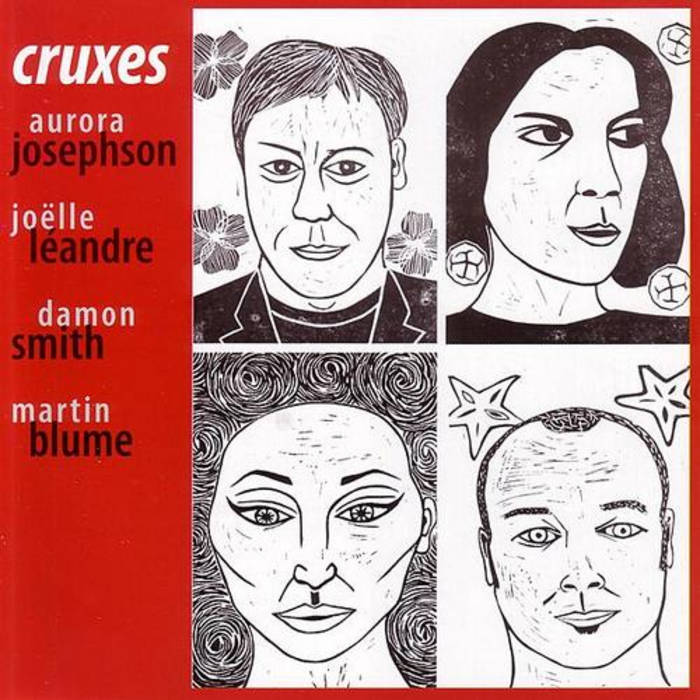 The extraordinary French master musician, contrabassist, composer, improviser, singer Joëlle Léandre is one of the primary champions of contemporary and improvised music in the world. A solo virtuoso performer of such grace, power, and bold presence that over the past thirty years notable composers such as John Cage, Giacinto Scelsi, Betsy Jolas, among others have composed pieces for her. However, her main activity has been in improvised music where she has distinguished herself as an innovative, lyric, dynamic, powerhouse soloist and ensemble member. In the past two decades, she has recorded and performed great improvised music often in solo but also in collaboration of colleagues such as Irene Schweizer, Derek Bailey, Anthony Braxton, George Lewis, Fred Frith, Urs Leimgruber, Carlos Zingaro, Jon Rose, Sebi Tramontana and many others.

Damon Smith is a force, one of the most dedicated, committed and able young American improvisers of his generation. As a bass player he can hang with the best as was demonstrated in his duo CD with the great late Petere Kowald, as well as this recording. Smith has a scholarly knowledge of the innovations of improvised music over the last forty years and it is paying off. He is developing into a master in his own right. Damon’s self produced recordings and frequent concerts in the Bay Area have had a major impact on the improvised music scene on the west coast.

In this CD the two bass playing improvisers met the gifted German drummer/percussionist Martin Blume, who has played and recorded with most of the major figures on the European improivsers circuit. Also the talented singer/improviser Aurora Josephson, who has absorbed the vocal innovations of contemporary music literature, world music traditions, and is creating a very musical presence of her own.

This CD is remarkable for its at times gorgeous lyricism, power, and quick cut chattering exchanges. At times meditative, drone dominated, at other times a kaleidoscopes of independent counterpoint. Enjoy.