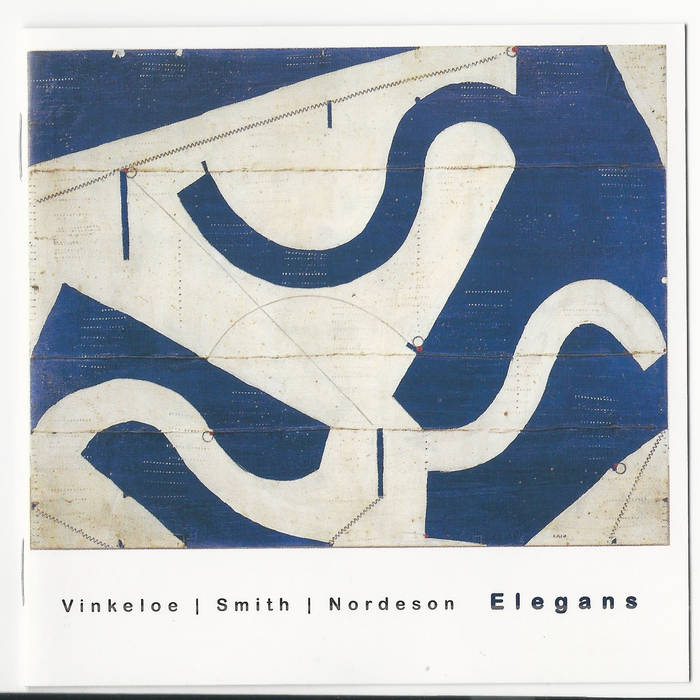 This trio has all of the quality of Vinkeloe's well-known trio recordings with Barre Phillips or the late Peter Kowald (both with drummer Peeter Uuskyla), but due to Smith's very original playing, and Nordeson's exciting performances on drums and vibraphone, the trio takes on a character of its own. Of course, Vinkeloe's playing is as stellar as ever.

According to double-bassist and occasional Biggi Vinkeloe collaborator Barre Phillips, “The music of Biggi Vinkeloe, with her beautiful melodies, instrumental tone and lush phrasing, the delicate, tasteful rhythmic offerings and harmonic richness of Kjell Nordeson plus the warm depth and microtonal colorings of Damon Smith all add up to a very enjoyable recording.”

According to Marc Medwin of the Bagatellen web site, “I chose a late evening to audition this latest Nuscope offering for the first time, and now it never sounds quite right during the day. The duo and trio explorations exist, by and large, in afterglow, in the calm but magical world of overtone and shadow I associate with moonlight. The music is not reticent—far from it! It ebbs and flows with the quiet certainty of expectation, making the occasional moments of more extreme light and darkness more vivid.

The opening to “Kinkajou” is one such instance; Smith’s puckish arco scoops and Nordeson’s percussive twitters giving rise to one of the disc’s most overtly dramatic exchanges. Vinkeloe, far from drawn into the serio-comic fray, exudes long-toned admonishments, she and Smith seeming to have swapped roles to engage in some beautifully orchestral interplay. Her flute work on “Parish”, on the other end of the spectrum, sounds an “Oriental” clarion call amidst ominous rumbles and microtonal clusters, Smith’s shredding moans and sighs sounding like the remnants of some butchered coral. Indeed, it’s hard to tell where bass ends and percussion begins before an uneasy calm is eventually restored.

These are moments of obviously polarized unrest though, and much of the disc’s reflectivity can be gauged from the title track. What might be a military cadence, if Nordeson chose to engage stereotype, pervades the texture, his drum work a series of loosely defined in-tempo patterns that always seem to break down at the last moment. Vinkeloe and Smith dodge and weave, emerging repeatedly from Nordeson’s fractured structures only to be shoved, gently, in another direction.

Most beguiling though, bespeaking midnight, is “Today, the sun is Blue”, a gorgeously contrapuntal Smith/Vinkeloe duet; the silence surrounding each gesture is magical, each phrase leads ineluctably into the next, maintaining a perfect but fragile blend of sound and silence, a recipe for disaster in the wrong hands.

Many of the quieter moments here are so successful because the recording is absolutely first-rate. Nordeson’s subtle vibraphone is captured in a way that forms a perfect stereophonic contrast to the other players’ more sharply defined presences. The disc is a credit to Nuscope, whose output continues to be of the highest quality, and to this fine trio, from whom I hope to hear a lot more.”

This disc is a stunning collection of duos and trios that is certain to have much lasting value for fans of both free jazz and free improvisation. The release features an 8-page booklet with liner notes from the great bassist Barre Phillips, and exciting new art from artist Caio Fonseca.