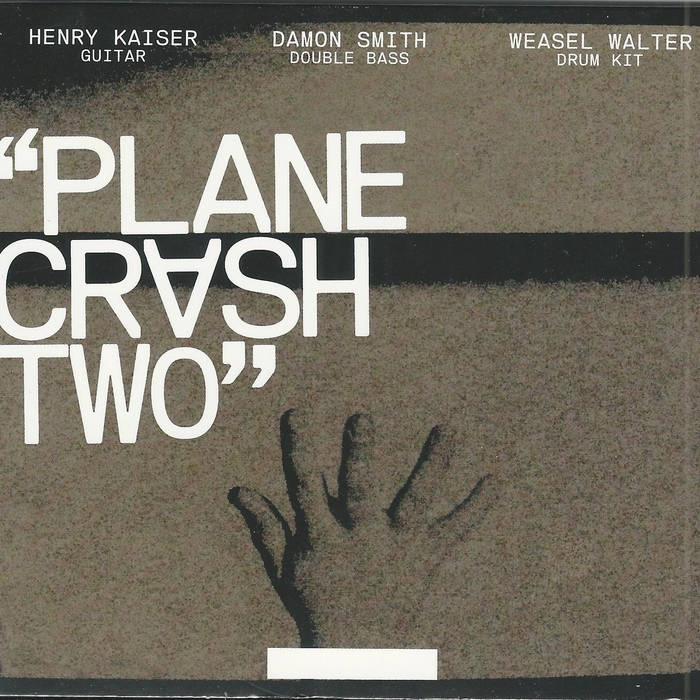 We produced this trio album one evening, after a long day of recording a large ten-piece band ensemble album with guitarist Ray Russell: THE CELESTIAL SQUID (Cuneiform Rune 402: cuneiformrecords.bandcamp.com/album/the-celestial-squid ). Both albums were quick and easy to record. Probably the main reason that both projects were realized so smoothly and effectively is the long-standing relationship of collaborative improvisation that I have had with Weasel and Damon. The are certainly the most reliable and educated improvising companions that I have had in past twenty years of my four decades of working as a professional improvising guitarist.

There are many different sorts of free improvisation that I have become familiar with both as a listener and as a player. To name just a few:
British Free Improvisation
Dutch Improvisation
German-Euro Free Jazz
AACM Improvisation
Takayanagi Mass Projection
Rock Improvisation
Stockhausen Intuitive Music Improvisation
American Free Jazz (Taylor, Coleman, Ayler, Sun Ra, Coltrane, etc.)
Various forms of post WW II Classical Improvisation (Brown, Kagel, Cardew, Takemitsu, Riley, Xenakis, etc.)
Weasel and Damon are intimately familiar with all of these styles and strategies of improvisation; not to mention a myriad of compositional and textural strategies. They know that music is created in dimensions far beyond melody, harmony, and rhythm. In fact, I can count on them to know just as much or more than me about what is possible. All of these things come effortlessly together when we play as trio. There is no other regular grouping that I have ever played with where the possibilities are so limitless and open. Most importantly, I can always count on Damon and Weasel to surprise me. I know of no higher compliment that I could pay to any musician.