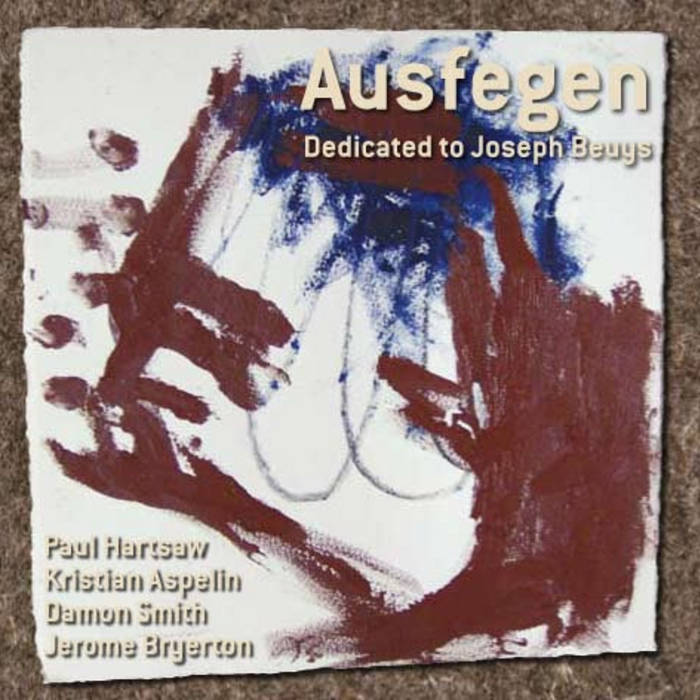 Recently, in a conversation with Anthony Braxton, I mentioned a new
group I'd organized and the way I?d written the music for it. Braxton
said, "that sounds like a real new millennium ensemble."Of course
Braxton is the master of finding exactly the right words to describe
subtle things that exist in new and primarily improvised music. He
might say the same thing about the music on this recording. This
recording is certainly music of the new millennium, and not just because we have turned the calendar over, but because it is made by a group of
focused musicians who function in a small community creating music
using a vocabulary of rarefied materials to express themselves in a
contemporary way. That vocabulary has developed over the past few
decades in a similar way to that of early jazz music, by daring artists
working in an underground culture. Different material used in a
different "time space reality" (to use another Braxtonism) but which to
me functions much like its predecessor. On this recording, "newness" is
the goal and the norm. Just like in the old days.


Dissonance, dynamics, harmonics, conversational interaction, extended
techniques and energy, are, in certain places, the standard material of
the day. The early standard material meant playing the blues, or a Tin
Pan Alley tune. The jazz player's challenge was in embellishing a
standard tune in a strict form with a personal interpretation and the
use of a unique set of techniques. The reward for the listener then was
in hearing the obvious be transformed into something special and maybe
even spectacular or superhuman. The results were a new way to see the
world through music. One could say that the music here is more inspired
by contemporary classical music than jazz. Maybe. There certainly are
things here that suggest that, but improvising musicians have always drawn from every source they feel is relevant with the goal of turning
it into something else altogether. I hear a connection to early jazz in
this music in the way the players communicate with each other. There is
an open exchange of ideas and a sense of playfulness and discovery. The
challenge for the musicians making the music on this recording is to
use the new vocabulary to create the form instantly and with the same
amount of technical control and vitality as in the old days, while
never relying on the obvious. The reward for the listener of this music
comes from the discovery of the uniqueness of the form rendered in
personal technique, and the possibility that the results could suggest
a new viewpoint that hasn't existed before.

When the world catches up, it will find that there are just as many
future-seeking musicians now as there ever were. The amount of soul
needed to persevere with new ideas and with the goal of suggesting a
new viewpoint is the same as it ever was, and is present on this
recording.

So often a dedication can seemed forced, especially between the visual
arts and music, like trying to draw a line we all hope is there. In this instance, it happened very spontaneously and it was exciting to be able to connect my two strongest interests this way.

Toward the end of the session, while listening to the earlier takes, I
felt like we needed another approach, with more distance from the
instruments. I thought of Brice Marden drawing with a long stick cut from a tree to
distance himself from the canvas or paper -- and then I saw a shop broom.I immediately thought of Joseph Beuys and his performance/vitrine "Ausfegen," where he swept Karl-Marx-Platz, Berlin in 1972, the year Kristian and I were born. He deposited the contents (see titles) and the broom in a vitrine and a recording of the action plays from a speaker next to it.

For the next piece we recorded, which ended up being track 7, I asked Kristian to play his guitar with the shop broom, and I used two double basses (thanks to Tony Dryer for the second bass), both prepared, laying on their backs, played standing with two bows.

Here is a link to the Joseph Beuys action:
ubu.com/film/beuys_ausfegen.html

Track 8 was recorded at the Luggage Store Gallery in San Francisco, CA on Thursday, August 24th, 2006