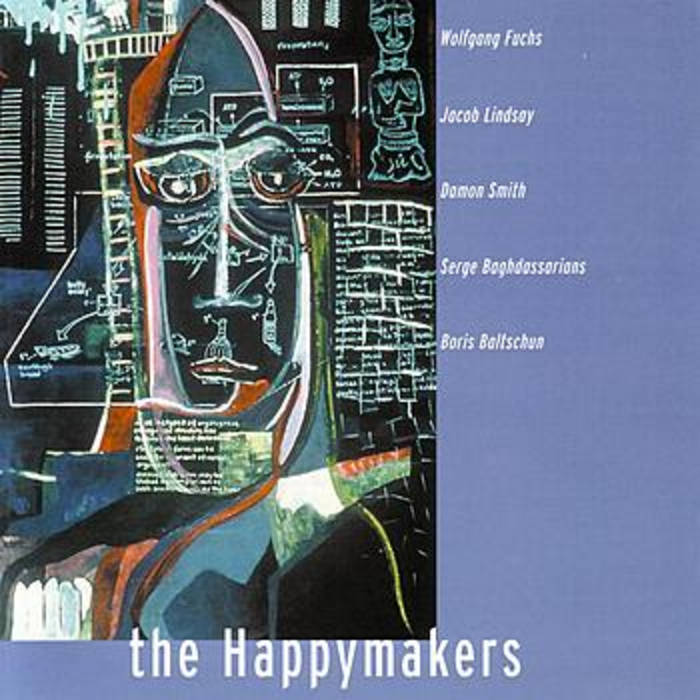 It has been said that history proves that we learn nothing from the study of history. As arguably true or untrue as that statement may or may not be, the fact remains that history presents us with a preponderance of questions rather than answers.

In the field of improvised music, an historical perspective toward an understanding of current trends has become almost as important as the delight we take in the sounds themselves. That is to say, a more comprehensive and substantial meaning, a deeper implication and import may reside within the core of these delectable sonics when listened into with a chronicle ear. Possibly, as the shadow of improvised music history lengthens, it is more imperative now than ever before to acknowledge the tickle of history upon our auditory nerves.

Most of us know and concede the fact that the first generation of practitioners of European free/improvised music were initially heavily influenced by the developments made by African –American musicians, particularly, the advancement of the 1960’s free jazz movement. Most, if not all, of the European musical improvisatory luminaries realized that in order to form a music of true consequence and to develop individual and collective authentic visions and original voices, it would be necessary to sever ties with the ubiquitous American ascendency. Exactly how this feat was accomplished is still a subject of much conjecture. I believe it was a quote by Derek Bailey that I came across years ago referring to stylistic differences that developed based upon the general approaches of improvisers of different nationalities: the Germans were referred to as the “blasters,” the Dutch were the “humorists” (or, I have also heard “acrobats”) and the most seemingly complimentary description he reserved for his compatriot Brits “the kaleidoscopists.” Even the American “groovers” were included in Bailey’s inventory. As debatably accurate as these terms may have been twenty years ago, we must admit that much has changed in improvised music on both sides of the Atlantic over the past two decades.

I feel the compact disc recording presented here is as great a testament to those changes as any I have ever come across. Witness the mastery of Wolfgang Fuchs whose instrumental voice is unlike anyone else. Fuchs is the epitome of the European improviser regnant and he possesses a sound that is both resplendent in its uniqueness and implies a vital premise with each of his musical choices. A further attestation to the strength of Fuchs’s creative resolve is reflected in his selection of musical collaborators for this CD.

Jacob Lindsay and Damon Smith are representative of a new generation of American improvisers whose ideas and influences are markedly different from the generations that preceded them. Smith himself states in his biographical notes that after his initial teen years fascination with punk rock, his world was shaken by a recording he heard of the late, great German bassist Peter Kowald which set his decision toward becoming a master of improvised music. Antecedent American improvisers were often fixated on jazz and its attending pedagogical approaches. Many fans and critics alike argue that a resultant unwavering devotion to specific tenets has led to the ‘death’ of jazz as a vital art form.

Outwardly, jazz appears to have won a place among the classical forms and other antiquities of western art but its principles and practices are no longer considered essential to the new, vibrant, and ever-on-going explorations of improvisation. For this current crop of American improvisers, the monumental achievements of the ancestors are revered but rarely, if ever alluded to. For instance, Coltrane, Mingus, and Dolphy may be discussed, but it is the music of Bailey, Parker, and Bennink that is most often cited.

Just as Lindsay and Smith represent a potent new force on the American scene, Berliners Boris Baltschun and Serge Baghdassarians are equally distinctive. Each possesses extraordinary improvisational skills and divulge, by way of their aural capacities, a wholly inimitable approach. I feel this recording attests to the fact that we are beholders of a remarkable phase in the development of improvisational music. A global evolution so to speak. These are extraordinary times we live in and here, on this disc, is some commensurably extraordinary music.


One of the interesting coincidences in my life is that my father’s name is Lyle and my primary teacher’s name is Lisle. Lisle is a very gifted and generous educator to many younger musicians, Mr. Lindsay and myself included, as well as being a fine artist/musician. Lisle and I have not taken the same path as creative music double bass players. However, on closer inspection they intersect at several points along the way such as studying and working on the visual arts, love of Cecil Taylor’s music, collaboration with alto saxophone master Marco Eneidi and an interest in electronic music. Lisle has taken on the challenge of working on electronics himself with amazing results where I take the easier route of collaboration. Two of his visual works are included in this production: a painting and a video still: a loose metaphor for the ‘acoustic’ and ‘electronic’ components of the music. Another indirect but important influence on this music is the multi-instrumentalist/inter-disciplinary artist Gunter Christmann. Serge and Boris work in a fine trio with him, Fuchs spent time in his various groups in the 80s and had a quartet with Gunter, Sven-Åke Johansson, and Tristan Honsinger that sadly went unrecorded. I have experienced Herr Christmann through LPs and CDs has had a profound impact on every aspect of my work from collaboration with other arts, CD production to musical interaction.